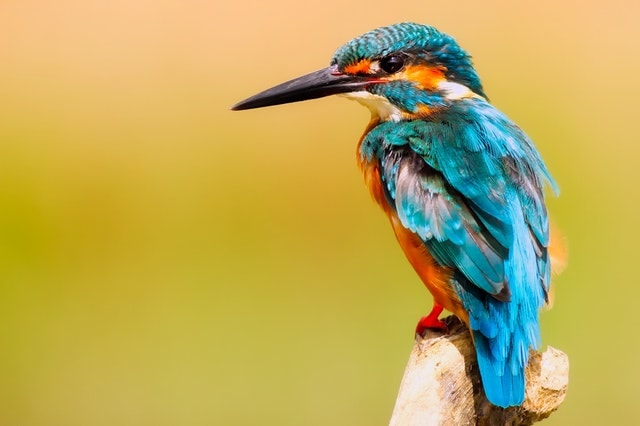 If you are a bird lover NorthEast India is heaven for this. In the past few years, the number of birds decreased. Waterbirds in the wetlands of this part of this beautiful country are a must-watch.

I traveled to a lot of the places here to find some great bird-watching spots.  If you think I have missed any awesome place in the list, do comment below the place name, and I will be glad to add that place in the next update.

It is located in Arunachal Pradesh the easternmost state of Northeast India. It occupies an area of 1,985 sq. km. It is located in the Changlang district of Arunachal and shares a border with Myanmar. The park is supplied with water from the Noa Dihing river.

The park has 425 recorded bird species and many are yet to be registered. It is home to five species of hornbill and many species of wren-babblers. Other bird groups are laughing thrushes, parrotbills, fulvettas, shrike babblers, and scimitar babblers.

Pani Dihing Wildlife Sanctuary is a protected area in the northeastern part of India. It is situated in the Sivasagar district and has an area of about 10,000 hectares.

Pani Dihing Wildlife Sanctuary was established in 1968 and it is managed by the forest department under the Assam state government. The sanctuary is a resting station for many species of migratory birds.

The Hoollongapar Gibbon Sanctuary is a forested area in the Northeastern region of India. It is a protected wildlife sanctuary and home to many endangered species of animals. The forest is also under the threat of illegal logging, poaching, and mining. The sanctuary was created in 1987 and has been managed by the Wildlife Trust of India since then.

The Kaziranga National Park is home to a number of species of animals, including the Indian Rhinoceros, Asian Elephant, and the Tiger. It is also home to some birds that are endemic to this region.

The Kaziranga National Park is a UNESCO World Heritage Site and one of India’s most popular national parks. The park covers an area of about 430 square kilometers, which includes grasslands and forests. The park was established in 1905 by the British colonial government as a reserve for Indian Rhinoceros which were hunted for their horns.

The Nameri National Park is located in Assam, northeast India. The park is home to over 50 species of mammals, 400 species of birds, and more than 100 species of butterflies.

Eaglenest Wildlife Sanctuary is a protected area in the West Kameng District of Arunachal Pradesh. It is located at an elevation of about 2,500 meters above sea level and covers an area of about 1,600 hectares.

The sanctuary has a variety of vegetation types including pine forests, oak forests, bamboo forests, scrub jungles, and alpine meadows. The most important trees found here are rhododendrons, bamboos, and oaks. There are over 300 species of birds that have been recorded here including rare species like the red-headed vulture and the eastern imperial eagle. Eaglenest Wildlife Sanctuary has also been declared as one of the Important Bird Areas (IBA)

Pakke Wildlife Sanctuary is a protected area in the Indian state of Arunachal Pradesh. It is located near the Indo-China border.

Pakke is home to some of India’s most endangered and rare species, such as Red the Panda, Golden Langur and, Mishmi takin. The sanctuary also has a variety of mammals like Sambar deer, Barking Deer, Wild boar and Goral. There are over 360 species of birds that live in Pakke including migratory birds from Siberia and Tibet.

This sanctuary is located in the East Khasi Hills District of Meghalaya, India. The sanctuary covers an area of approximately 10 square kilometers and has a varied terrain.

The Siju Bird Sanctuary is home to over 300 species of birds and has been declared as a protected area by the Government of India in 1973.

The Sirohi National Park of Manipur is a national park in the state of Manipur, India. It is located in the Sirohi hills and it has an area of 429.5 square kilometers. The park is home to various types of birds including the Great Hornbill, White-breasted Kingfisher, Black-winged Kite, and Indian Pitta.

The Sirohi National Park is known for its rich biodiversity and many endemic species that are found nowhere else in India or even the world.

Mullen National Park is a wildlife sanctuary in the state of Mizoram, India. It was established in 1993 and has an area of 5 square kilometers.

Birds are commonly found in the park and include the Indian peafowl, junglefowl, black partridge, green pigeon, and red-vented bulbul.

The Phawngpui National Park is a protected area in the state of Mizoram. It is a beautiful place to visit in India.

Phawngpui National Park is home to many different types of birds. These include the White-bellied Sea Eagle, Grey Heron, and Lesser Adjutant. The park also has many other animals living there, like the Golden Langur, Slow Loris, and Indian Muntjac Deer.

The Orang National Park is situated in the North East of India. It is one of the most popular destinations for bird watchers. The park has a wide variety of flora and fauna and is home to many species of birds.

The Orang National Park was established in 1983 and covers an area of 226 sq km. The park got its name from the red-faced orangutan that lives in the park, but it also has other animals such as elephants, wild boars, and deer.

The Manas National Park is located in the eastern Himalayan region in the state of Assam. The park was established in 1979 and covers an area of about 1,148 sq km. The park has a rich biodiversity with more than 400 species of birds, over 40 species of mammals, and 15 species of reptiles.

The park is home to some endangered animals such as the one-horned rhinoceros, Asian elephant, golden langur, clouded leopard, and tiger.

A large number of migratory birds visit during the winter season.

It is home to many different species of birds including the Bengal florican and the great Indian hornbill.

Pobitora Wildlife Sanctuary was established as a reserve forest in 1973 and was declared a wildlife sanctuary in 1975. The wildlife sanctuary is situated on the banks of the Brahmaputra River, which flows through it from north to south and divides it into two parts.