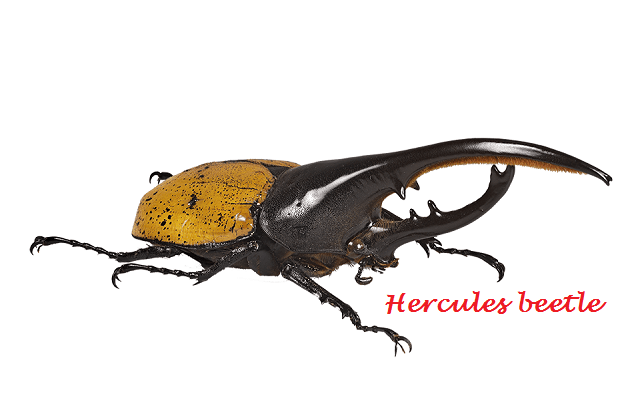 Insects are all around us. They can be found in any climate around the world. Some people love to keep insects as pets. Insects can be herbivores or carnivores or omnivores. Many insects change their feeding habit during the life cycle.

It is very delightful to see beautiful colored insects in the garden. Entomologists have been discovering new species of insects every year. When a new insect species is discovered it has to be named. Sometimes entomologist gives funny names to insects that will make you laugh. In this post, we are going to look at some of those funny names given to several insects.

Also known as Bill Gates flowerfly because this insect got its name from Bill Gates. It is funny to know that many other insect species have been named after famous personalities making it easy for us to remember their names. This insect is only found in the costa region’s cloud forests. There is another fly that has the same characteristics, it was named Paul Allen flower fly, Paul Allen was a bill gates associate. Isn’t it interesting to be named after one of the richest people in the world?

Though this insect is not frustrated, it really sounds funny to pronounce the “frustration” name. This insect is found in the trees of Britain. Beautiful looking this insect shows intense yellow color on the basal two-thirds of the forewing. These are found in the southern parts of wales, and as far north as Yorkshire. They are small in number. It was named after Edward (the author) in 1908.

Absolutely not, these insects are not nervous. They can grow to a length of 6mm to 7mm at most. These planthoppers are found in the deciduous trees of most of Europe. The front wings are transparent, with two dark brown bands and faint brown markings posteriorly.

They got their name because of the presence of horn-like projections on and around the males’ heads. Some are black, grey, or greenish in color, and some are covered in soft hairs. They are an important species as they help in recycling plant material and promote nutrients. But some of them become pests too, so beware. They are mostly discovered in the southern part of Brazil.

A species of rhinoceros beetle found in the forests of Central and South America. One of the largest flying insects in the world has the power to lift objects many times heavier than its body weight. You may call them flying ants. Many times people confuse these insects with Eastern Hercules Beetle. They are named after Hercules because of their tremendous strength.

Yes! it interrupts quite some time due to its striking yellow color. It is a leafhopper with striking yellow and black colored forewings. Commonly found in the woods of the UK. You may easily spot them in shrubs and grasslands. They can grow to a length of 5mm to 6mm at most.

You can call it a virus or a bug, because similar to computer viruses and bugs, this also loves to ruin your electronic items. It crawls inside them and biting anything it can find tasty enough. This can ruin your appliance in no time. You may be thinking, doesn’t it get an electric shock, yes of course they do. When it dies, it releases a toxic chemical that smells absurd. Soon in no time, your computer will be attacked by thousands of these crazy ants as they believe in revenge.

As the name suggests, they are moths and they love blood. If its the blood of a human, it’s even better. If you are going camping in southern Europe then you will be encountering this insect, so beware if you suddenly start feeling something is biting you. They have long needles in their mouth, making their job much easier. You will not even feel it when it penetrates your skin and gets its fill.

This is one insect, you would never wanna come around. It can grow till the size of your iPhone and its bite hurts the most. It is quite impossible to bear the pain. You may find it eating it your goldfish sometimes. If you see it, it’s better to take it out carefully.

So, these were some of the Funny and at the same time weird Insect names too. I hope you liked the list. Don’t forget to comment below which one amused you the most.

BIRDS THAT START WITH U

BIRDS THAT START WITH C AND HAVE 7 LETTERS

Latest posts by pushkar910 (see all)